Behind the Scenes at Roumeloites shoot

I was given this Exclusive assignment by Commissioner Ramon Diaz in 1988 and an independent photographer to witness and document this jewelry collection for the world to see. Here are some behind the scenes at Bangco Sentral during the shoot of the jewels of Imelda Marcos, the former first lady of the Philippines. A very tedious but amazing and historical 3 days.

The jewelry and other items all came out of trunks or suitcases. Many were in boxes and many were in zip lock bags numbered to match the Bureau of Customs list. There were women from Malacañan who were in charge of taking the pieces out, 1 photographer from PCGG and 2 VP appraisers from Christie's auction house, Russel Fogarty,  who founded the firm of Kazanjian & Fogarty, Inc. in 1991 to buy and sell important jewels, gemstones and designer creations on behalf of private clients worldwide, and Francois Curiel who is now the President of Christie's Asia.

The women would take out each numbered piece on the list in order, check them off the list, and then hand them to the appraisers. I was there with my ex-husband, Tony Pollard who took the behind the scenes shots. We were not allowed to touch the pieces at all until the appraisers were done measuring them. Only then could I photograph them.  If we didn't like the way they were set out, we had to ask one of the ladies from Malacañan to move it for us; just in case we were magicians and knew how to make things disappear!

It was really a tedious job waiting around for every piece to be matched and then appraised or listed by Christie's VP's. After three days, having shot the best of the lot, I gave up.

Some behind the scenes were photographed by Tony Pollard.

A an article abut this online at Rogue Magazine: http://rogue.ph/the-confiscated-jewels-of-imelda-marcos/ 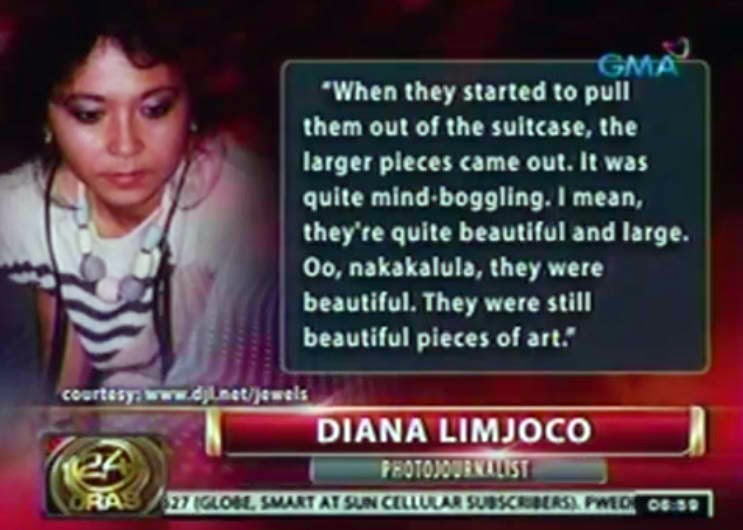 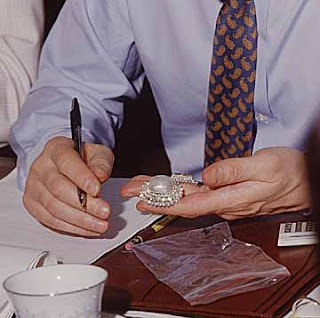 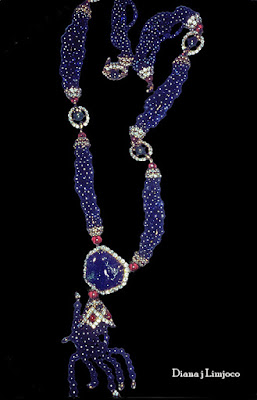 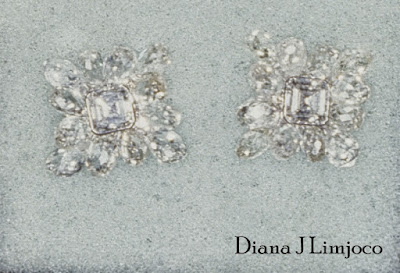 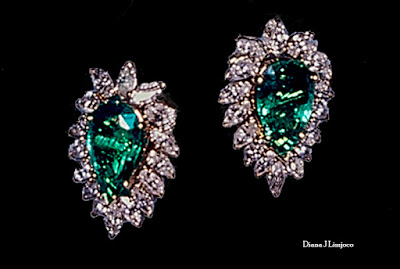 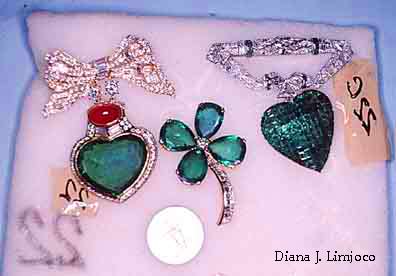 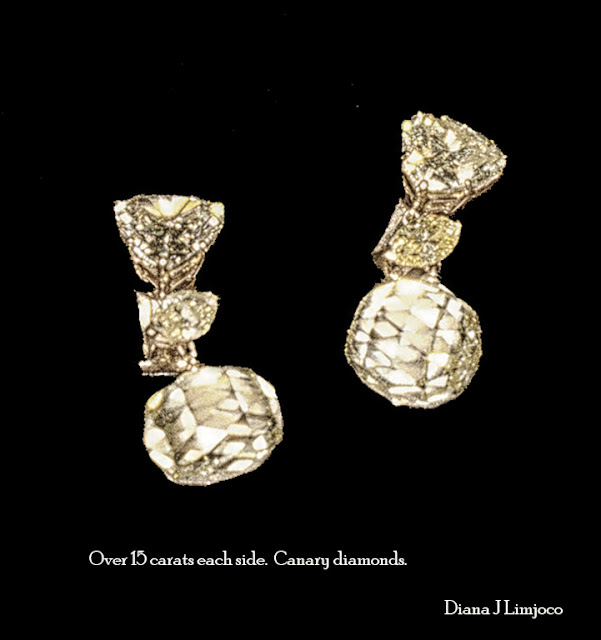 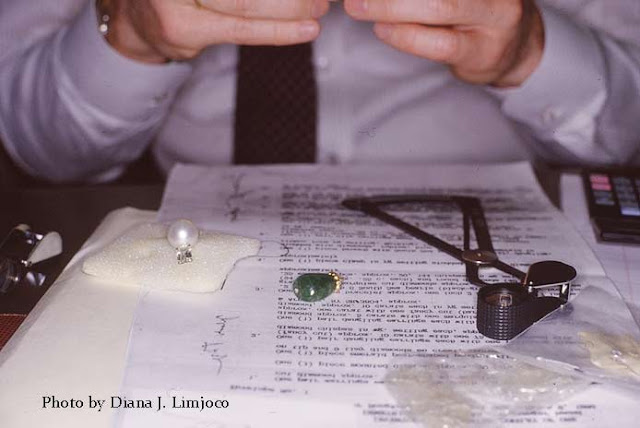